Are you ready to meet Dylan Garvey, the guy who is climbing to the top faster than you can say drifting?
Dylan Garvey is truly a nice guy, just like his brother David, who nominated Dylan for this feature.
Dylan is a promising new star of drifting and we are proud to introduce him as a new addition of our Drivers Program!
So, without further ado, let’s meet the little brother of the Garvey drifting family!

My favorite moment in 2018 was when I battled my brother at Rd1 of IDC, this was my very first battle in my new car and what a way to give it its first taste of twin battling!

Here are the brothers battling on the track for glory.

2. Who has been your inspiration in your drifting career?

My inspiration is James Deane, because of the way he drives and how calm he is behind the steering wheel!

3. Do you have some lucky rituals before a competition?

No, not really. Just go out and hope for the best and have fun!

4. Do you have a lucky charm you always have with you during a competition?

Yes, always have to wear odd socks on a competition day! Don’t know why but I do.

5. If you could be a car part, what part would you be?

I would be a car tyre, because I’m either on fire (having a good day) or cold (having a bad day) 😀

Here we can see Dylan clearly having a good day and rocking the track against Ryan Caldwell! 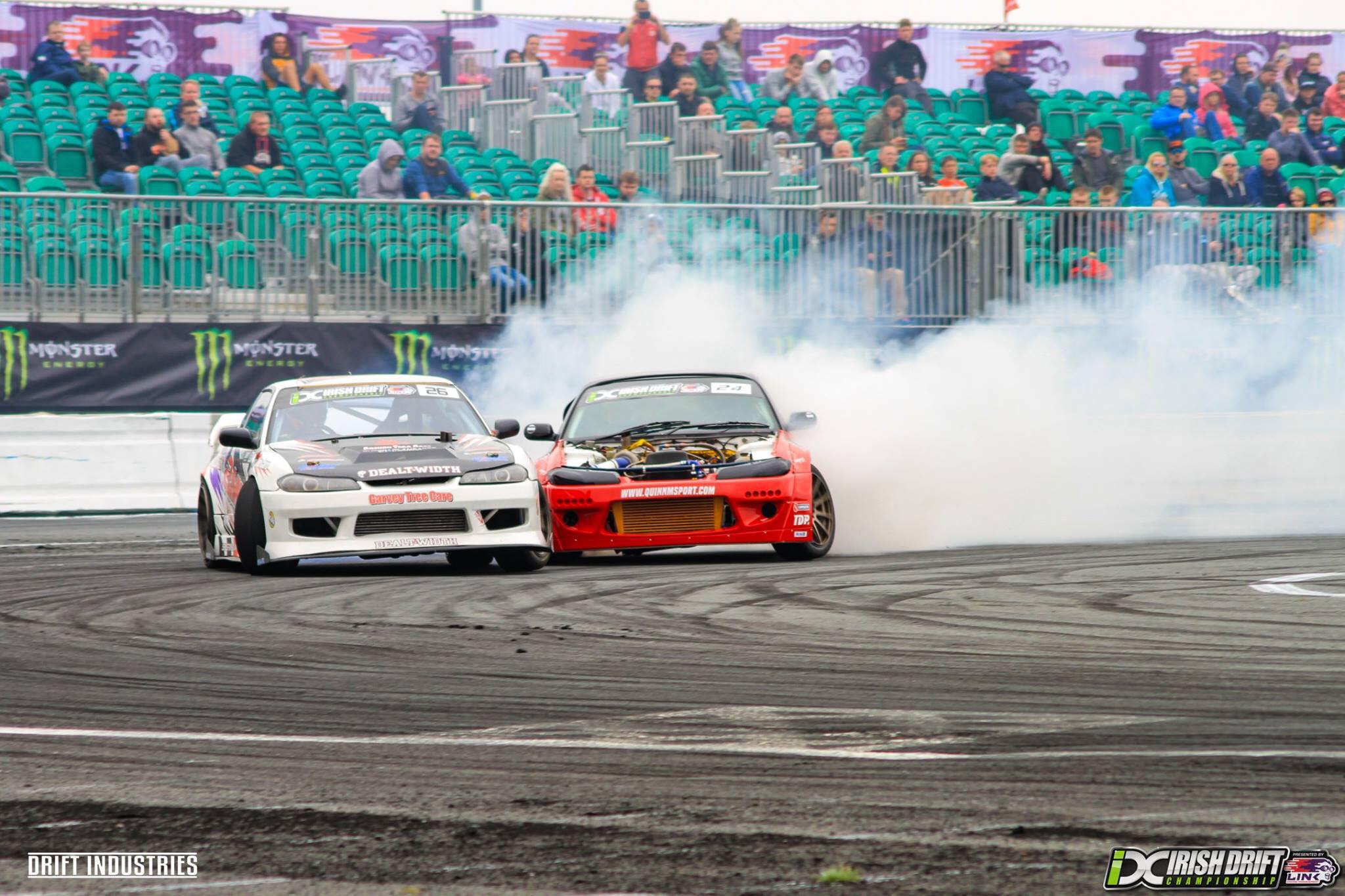 6. According to David you two have competed against one another twice now and the score is even 1-1. How are you planning on beating him?

You will have to wait and see!
Can’t give away my ideas I’m planning on when I meet him again!

7. Who is your frenemy right now in the IDC series?

My frenemy is Jack Shiel, me and Jack are always talking about when we come up against each other, but it hasn’t happened yet in IDC. I hope it does so I can shut him up. 😀

Well, now you know Dylan like we know him; as the guy who just loves drifting and is giving it his all on the track every chance he gets!
We are very proud to have him in our own little Verified Drivers family alongside of his brother, David.
For our next feature Dylan has nominated his buddy Jack Shiel.

Accessing Grumblo.com tells us you are happy to receive our cookies. However you can change your cookie settings at any time.
Cookie SettingsAccept All
Manage consent

This website uses cookies to improve your experience while you navigate through the website. Out of these, the cookies that are categorized as necessary are stored on your browser as they are essential for the working of basic functionalities of the website. We also use third-party cookies that help us analyze and understand how you use this website. These cookies will be stored in your browser only with your consent. You also have the option to opt-out of these cookies. But opting out of some of these cookies may affect your browsing experience.
Necessary Always Enabled
Necessary cookies are absolutely essential for the website to function properly. These cookies ensure basic functionalities and security features of the website, anonymously.
Functional
Functional cookies help to perform certain functionalities like sharing the content of the website on social media platforms, collect feedbacks, and other third-party features.
Performance
Performance cookies are used to understand and analyze the key performance indexes of the website which helps in delivering a better user experience for the visitors.
Analytics
Analytical cookies are used to understand how visitors interact with the website. These cookies help provide information on metrics the number of visitors, bounce rate, traffic source, etc.
Advertisement
Advertisement cookies are used to provide visitors with relevant ads and marketing campaigns. These cookies track visitors across websites and collect information to provide customized ads.
Others
Other uncategorized cookies are those that are being analyzed and have not been classified into a category as yet.
SAVE & ACCEPT